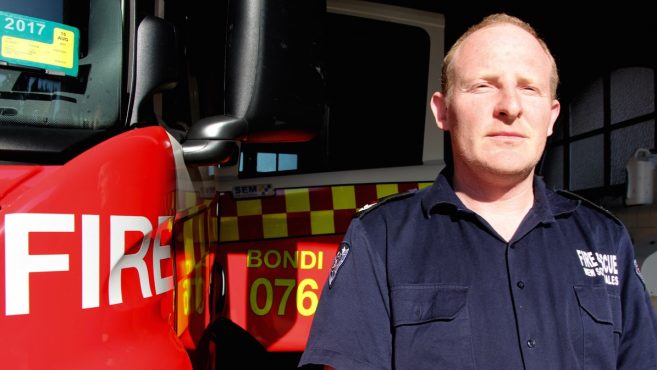 FOR Jewish firefighter Eddie Vaysbakh, receiving an Australian Group Bravery Citation at Government House on September 11 was a chance to reflect on a situation three years ago that had the potential to become Australia’s worst man-made disaster.

The senior firefighter, currently working at Bondi Fire Station, and 19 Fire and Rescue NSW colleagues found themselves at Caltex fuel terminal near Port Botany in the early hours of July 12, 2013, faced with finding a way to stop high-octane fuel from gushing out of a storage tank with a capacity of two million litres.