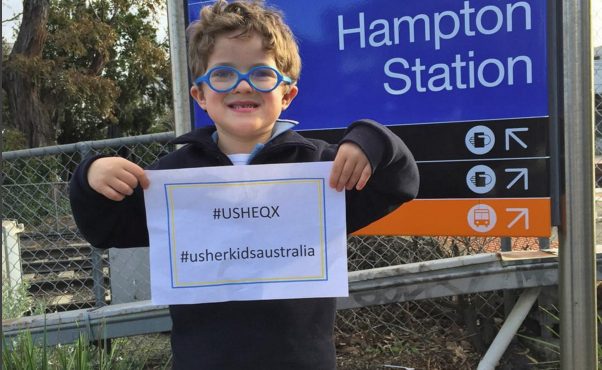 FIVE-YEAR-OLD Harry Feller loves trains. He collects footy cards, too, and barracks keenly for the Hawks. For the most part, this lively young lad fits the bill of your average preschooler.

But Harry was born with Usher Syndrome, a rare genetic condition which means he has been deaf since birth, encounters trouble with his balance, and, tragically, will likely begin to lose his eyesight before adolescence.

Notably, although Usher Syndrome comes in many different types, the version that Harry has – Type 1F – is caused by PCDH15, a gene associated with Ashkenazi Jews. Experts believe only around 5000 people in the world have Usher Syndrome Type 1F, and Harry is the only one currently known in Australia.

“Harry’s story is about the fact that it is specifically a Jewish gene that has affected his outcome in life,” mum Hollie told The AJN.

“There are probably undiagnosed families out there. There must be. Statistically he can’t be the only kid in Australia with Usher 1F.”