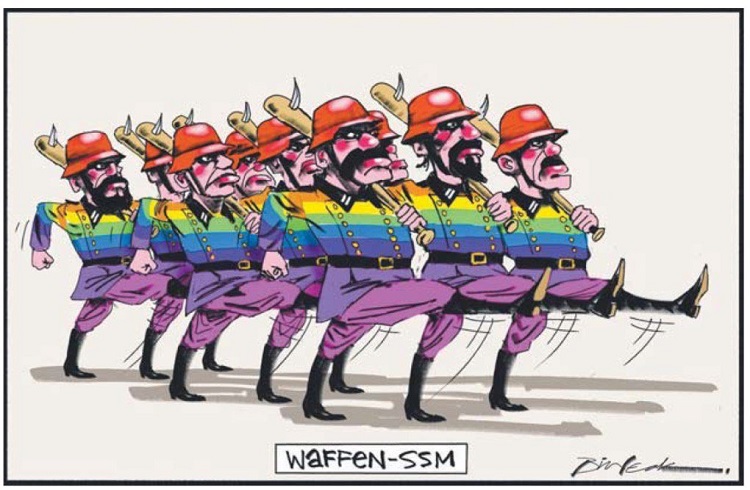 The Executive Council of Australian Jewry executive director Peter Wertheim has commented on The Australian’s cartoon depicting Nazi storm-troopers in a uniform decided the colours of the GLBTI movement.

Wertheim commented in a letter to The Australian: “It can be readily accepted that hyperbole is a stock in trade of any cartoonist, and Bill Leak is entitled to give satirical expression to his opinion that certain advocates of same sex marriage are intolerant to any contrary point of view. Yet to compare them to Nazi SS divisions does little credit to the point he was presumably trying to make.

To liken any advocate of same sex marriage to the perpetrators of mass murder and cruelty in the Nazi era is an inversion of history. In Nazi Germany homosexuality was a criminal offence. Approximately 100,000 suspected homosexuals were arrested and up to 15,000 of them were interned in concentration camps where many were tortured and killed.

Read the article on J-Wire.