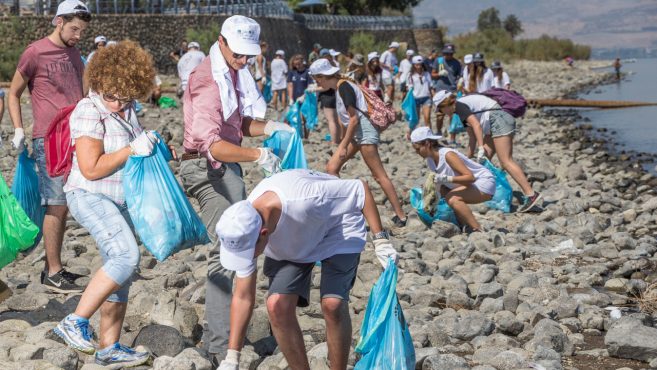 LOCALS said they were the best-behaved tourists they ever saw. When 120 Australians rolled up to the Kinneret this week, they didn’t only avoid leaving the usual trail of trash – they spent hours picking up rubbish that other visitors had left.

The Aussies were helping to import a much-loved Australian institution, Clean Up Australia Day, to Israel. The annual Australian occasion inspired Clean Up the World season, and they were kicking off events in Israel.

Under the hot summer sun, they spent hours picking up rubbish and – they hoped – setting an example for Israelis. Aidan Nussbaum, a 19-year-old from Sydney, said that by bringing the characteristically Australian concern for the environment to Israel and giving up time for a major clean-up, they can be “role models”.