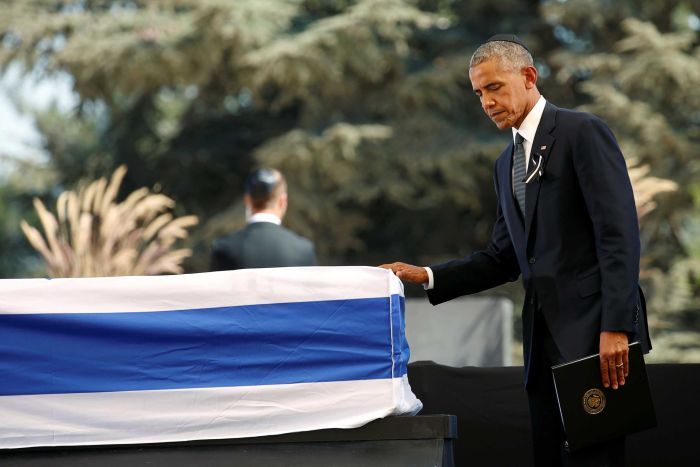 The crowd was silent but for the sound of cameras and sobs and the lone voice of a soldier leading the coffin in a song of mourning at the funeral of Israeli statesman and visionary Shimon Peres.

Peres, who died this week aged 93, was the first man to hold positions of both president and prime minister in Israel. He was honoured as a father, husband, leader of vision, and above all, a man of peace.

Prime Minister Benjamin Netanyahu said although they were political rivals, they became close friends. Netanyahu described him as a leader of stature in our world and “wondrous”.

He said the fact that so many leaders came from around the world was a testament to Peres’ optimism. “The world grieves for home but we find hope in his legacy as does the world”, Netanyahu said.

Read the article by Catherine Armitage in the Sydney Morning Herald.