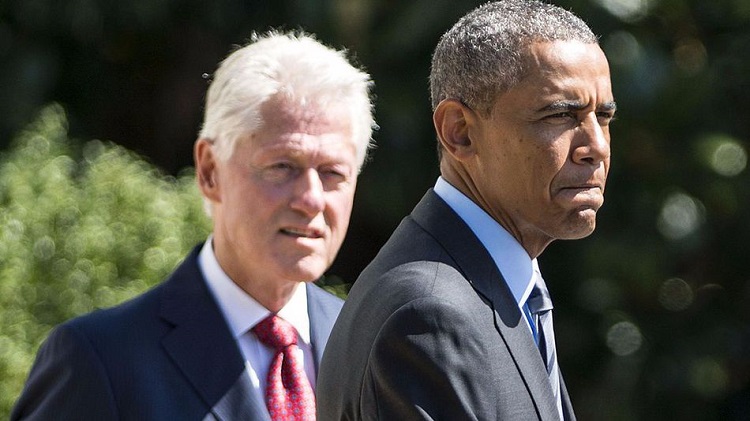 It was a scene from a yet-to-be-made buddy movie you never knew you wanted.

President Barack Obama was back on Air Force One Friday in Jerusalem after delivering a eulogy at the funeral of Shimon Peres, the former Israeli president and elder statesman. With his jacket off, sleeves rolled up and tie loosened, Obama was clearly ready to head home.

But former President Bill Clinton, who also spoke at Peres’ funeral, was taking his time.

Standing at the plane’s doorway, Obama playfully encouraged Clinton to come aboard.

Read the story in The Huffington Post Australia and Herald Sun.