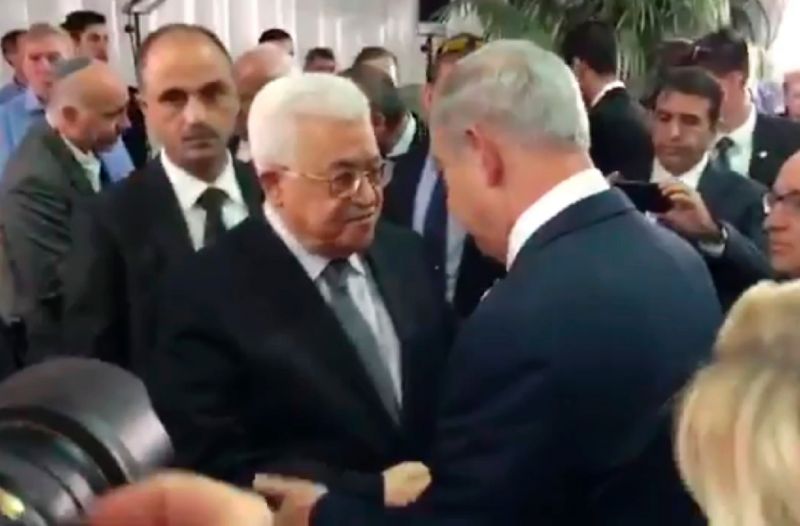 Netanyahu, Abbas together at Peres funeral

Palestinian president Mahmoud Abbas and Israeli prime minister Benjamin Netanyahu shared a handshake and a brief exchange of words at the funeral of Shimon Peres.

The sombre ceremony for the former president and prime minister of Israel was attended by world leaders and dignitaries from 70 countries.

Mr Abbas, who had taken part in peace negotiations with Mr Peres, was sat in the front row for the ceremony on Mount Herzl in Jerusalem.

Read the full report and watch it on Sky News TV.