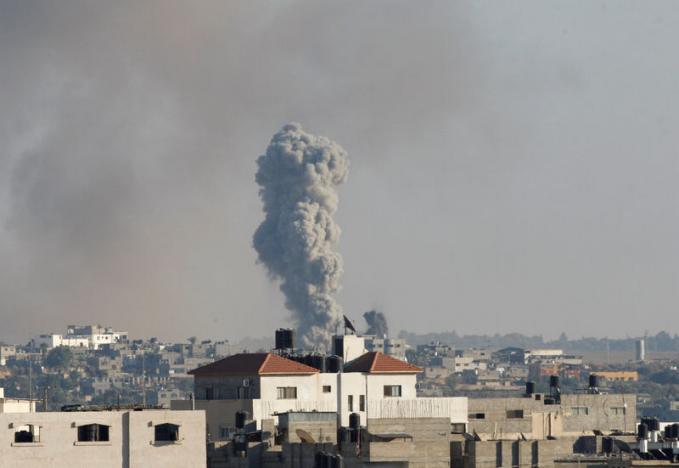 Israeli aircraft have attacked Palestinian militant targets in the Gaza Strip, wounding at least one person, witnesses say, after a rocket fired from the enclave hit an Israeli border town.

Israeli police said there were no casualties in Wednesday’s rocket strike on Sderot, but Israel has a declared policy of responding militarily to any attack from the Hamas-run Gaza Strip.

Three Hamas training camps and a security complex were targeted in the air strikes and a passerby was hurt, witnesses said. An Israeli military spokeswoman had no immediate comment.

A previously unknown group, “The Grandchildren of the Followers of the Prophet” said in a statement posted on several websites that it carried out the Sderot attack in the name of “oppressed brothers and sisters” under Israeli occupation.

Read the report in The Australian (Reuters).