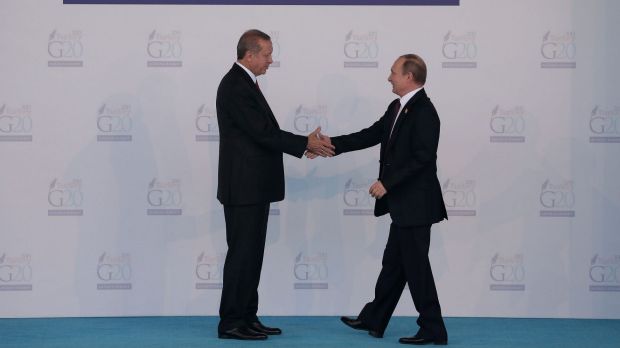 The Syrian situation is becoming more complex by the day. A new set of regional alliances between opposite sides in the conflict is emerging in a rebuff to the United States and its allies in the region. Russia is set to gain wider influence in the Middle East than could have been anticipated a year ago.

President Vladimir Putin has made a calculated move by taking advantage of America’s vulnerabilities in order to secure a strong Russian foothold in the Middle East that will enable it to play a significant role in shaping the post Pax-Americana regional political and strategic landscape. He has sought to achieve this objective by adopting several consequential policy measures. Three of these are worth stressing.

The first is to save the Assad regime at all costs, even if it means more destruction and killing in Syria, as has been witnessed in Russia’s relentless air bombing of all Syrian opposition groups, not only in Aleppo but elsewhere in the country. Moscow has remained totally impervious to all international criticism and has blamed the US and Western allies for the Syrian tragedy. It has turned up its nose at Washington’s decision to end all contact with Russia over Syria, which has essentially killed any chances of a political settlement of the Syrian crisis for the foreseeable future. To ensure its long-term interest in Syria and through it in the region, Moscow has also just announced that it will establish a permanent military base in Syria’s Latakia – the heartland of the ruling Syrian Alawite minority.

Read the full article by Amin Saikal at the Sydney Morning Herald.