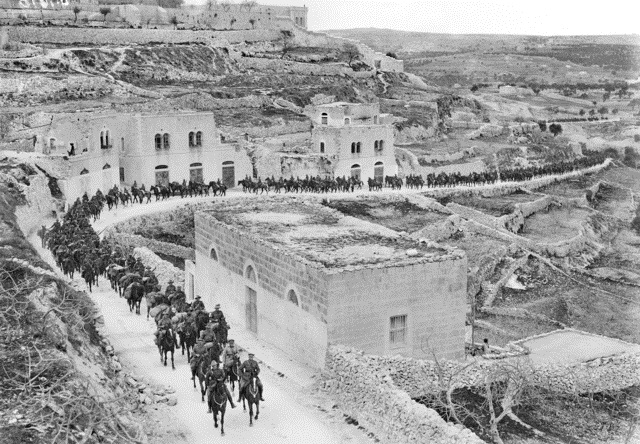 In conjunction with the Begin-Sadat Center of Strategic Studies, ASPI has released a new report, The Wattle and the Olive: A new chapter in Australia and Israel working together.

The cover photo of the report (and above) by official Australian war photographer in both world wars, Frank Hurley, was carefully chosen: it’s an iconic picture of an Australian Light Horse regiment marching up to the old city of Jerusalem, in the wake of the surrender of the Ottoman forces in December 1917.

The study looks at what strategic interests Australia and Israel have in common and what each side can bring to the relationship across traditional and non-traditional security realms. It examines the strategic rationale for a stronger working relationship, rather than just relying on the common values both states share.

Read the full article by Anothony Bergin at The Strategist.