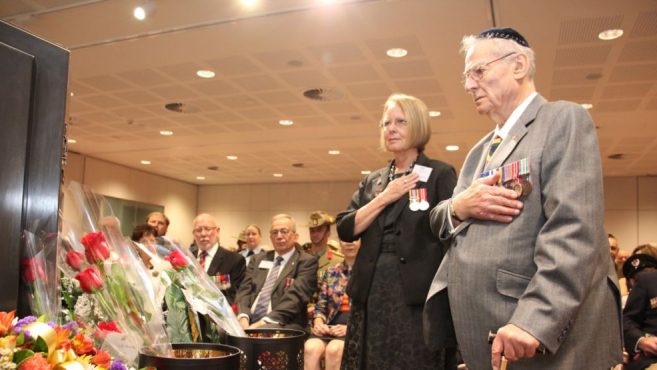 A TOUCHING address about the human cost of war, by guest speaker NSW Health Minister Jillian Skinner, was among the highlights of the 2016 Communal Remembrance Day Service held at the Sydney Jewish Museum.

Skinner introduced herself as the daughter of a soldier who served in Borneo and New Guinea and the wife of a naval officer of 30 years who served on HMAS Hobart in Vietnam.

She also revealed her own fleeting experience of the Vietnam War in her capacity as a young journalist, and a particular reflection brought a hush around the room.

Read the report by Shane Desiatnik in the Australian Jewish News.