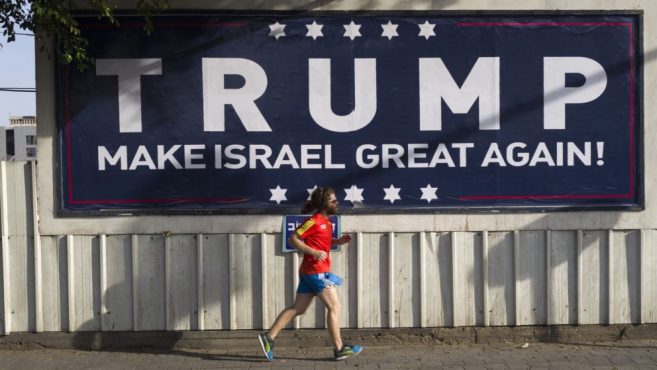 A Messianic era for Israel

“If such a miracle can happen, we have already reached the days of the Messiah,” he said. “Therefore, we are really in the era of the birth pangs of the Messiah when everything has been flipped to the good of the Jewish people.”

The leader of the ultra-Orthodox Shas party, Deri was joining the jubilant reaction seen among Israel’s pro-settler right wing. One rightist Likud legislator, Oren Hazan, even posted a picture of himself on Facebook in a Trump-style wig, writing to Trump that some mocked him as a “clown”, but “I believed in you since the beginning.”

But behind closed doors, Israeli security chiefs and diplomats are rattled by the victory of the unpredictable and politically inexperienced Trump.

Read the full article by Nathan Jeffay at the Australian Jewish News.