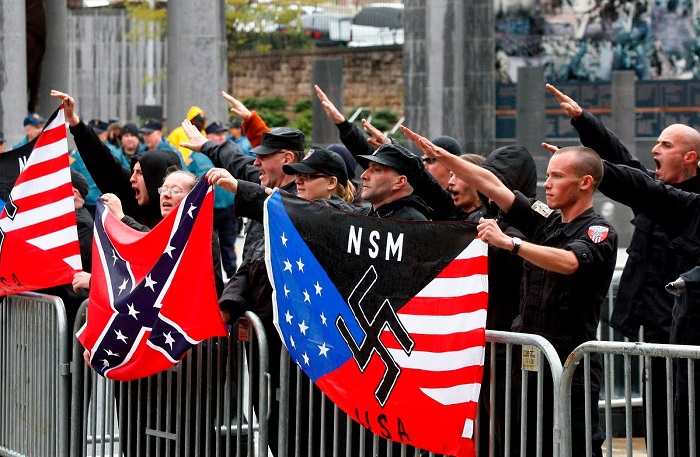 German Chancellor Angela Merkel’s government is concerned that white supremacists in the United States are being emboldened by the election of Donald Trump and is watching developments closely, senior officials told Reuters.

The Berlin government declined to give an official reaction to a video circulating on the internet which showed members of the “alt-right” movement, a grouping that includes neo-Nazis, white nationalists and anti-Semites, meeting on Saturday in Washington a few blocks from the White House.

But one senior official close to Merkel described the video – which shows a speaker shouting “Hail Trump” and some audience members making the Nazi salute – as “repulsive and worrying”.

“I don’t think this is Trump’s ideology because he seems to be largely free of ideology. But these people are riding on his coat-tails. We are watching this very closely,” the official said, requesting anonymity.

Read the article by Noah Barkin and Luke Baker in the Sydney Morning Herald.