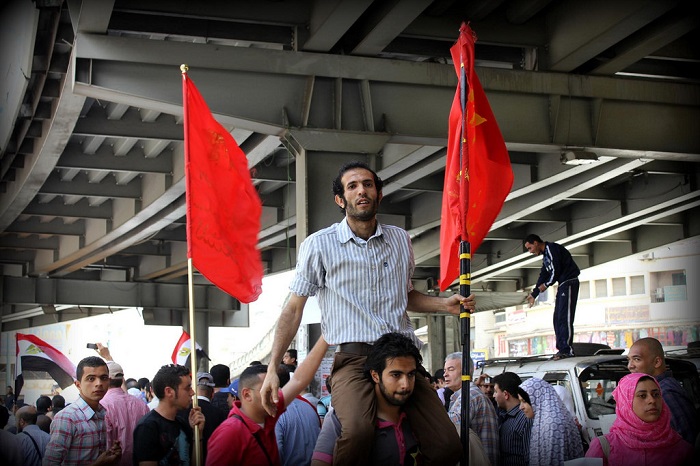 [WARNING: This article is riddled with anti-Zionist propaganda and prejudice.]

Haitham Mohamedain is a prominent Egyptian labour lawyer and member of the Revolutionary Socialists who has been unjustly jailed repeatedly by the military regime led by President Abdul-Fattah el-Sisi.

In April, Mohamedain was detained again as part of a crackdown on a new wave of protests against the Sisi regime, including its transfer of two Red Sea islands to Saudi Arabia.

In the letter abridged below, written from prison, Mohamedain writes about the transfer of the two islands, a telling symbol of the Egyptian government’s subordination to the Saudi monarchy. It sparked some of the largest demonstrations against the regime since the coup that brought it to power in 2013.

The letter first appeared at the website of the Revolutionary Socialists.

The Egyptian poor have defended these islands with their money and their sons’ blood to prevent the Zionist enemy from gaining a strategic foothold from which it could occupy the whole Red Sea. The sale of Tiran and Sanafir is a move towards allowing Israel to do so.

We are all aware of how Israel has used every land it has occupied to slaughter and threaten the peoples of the region. The sale of Tiran and Sanafir is a defeat without a battle, as there is no need for battles ever since they handed Egypt over to the Americans and the Zionists after the Camp David Agreement. There will be no need for battles as long as we are ruled by a regime that offers them everything and is mandated to protect their interests.

The letter is here in part. Read the full letter on the Green Left Weekly.