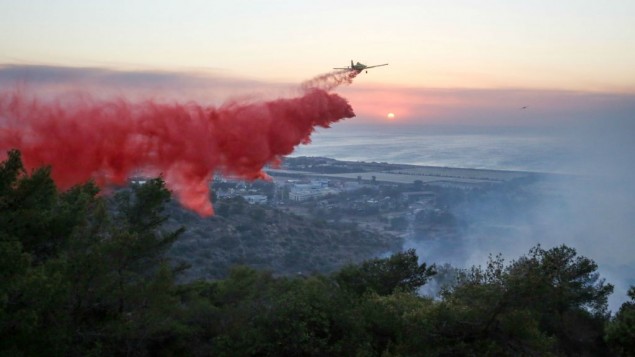 With backing from several other countries, Israeli firefighters have battled blazes around the country for the third day as flames damaged homes and prompted thousands of people to flee.

Spokesman Micky Rosenfeld said on Thursday that police were investigating all possible causes, including arson.

Windy and hot weather have helped fan the flames.

Israel’s Court Administration said four Arab residents of Jerusalem were arrested on Thursday morning in connection with one of the fires but a judge released them soon after, citing lack of evidence.

Read the report in The Mercury (AP).