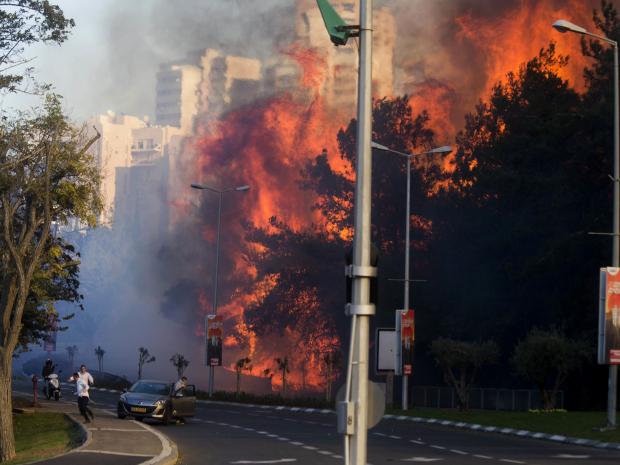 Tens of thousands of people have been forced to evacuate their homes as fires raged throughout Israel for a third consecutive day.

While there were no serious injuries, several dozen people were hospitalised for smoke inhalation.

In a rare move, Israel called up hundreds of military reservists to join overstretched police and firefighters and was making use of an international fleet of firefighting aircraft sent by a slew of countries.

Read the report and watch video footage of the fires in Haifa on ABC News.