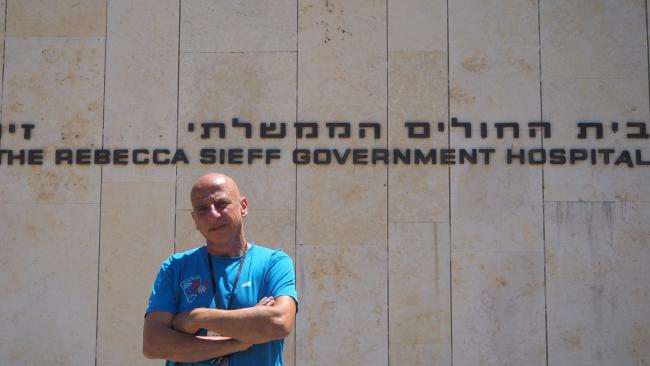 A healer and his treechange

Melbourne doctor Michael Harari made an unusual choice for a tree change.

Six years ago, the Jewish paediatrician decided he would up sticks for Israel, live a semi-rural life raising goats and chooks, do some organic farming, as well as work as a doctor in a country hospital.

But he arrived in the north of Israel just as the Syrian civil war began.

First he heard the sounds of the war nearby and then he found himself treating wounded and sick Syrian children brought across the border into Israel – in an extraordinary arrangement for two countries still formally at war.

Listen to the full audio from the program ‘Life Matters’ at ABC.