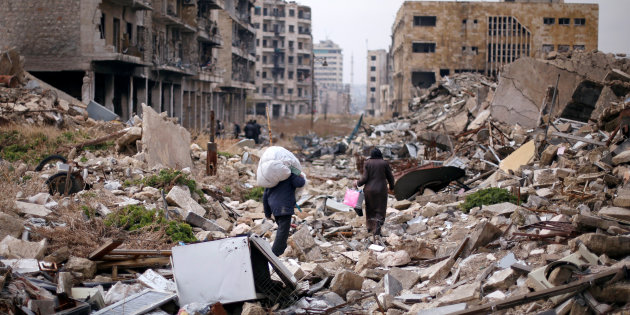 Remember The Holocaust And Don’t Forget About Aleppo

In November 1938, as the nauseating sound of crackling glass absorbed by roaring flames littered the streets of Germany, only one man in Australia — in fact, many think the world — spoke up.

William Cooper, an Indigenous man who was afforded little, if any, constitutional rights himself, marched to the German embassy in Canberra and delivered a petition which condemned the “cruel persecution of the Jewish people by the Nazi government of Germany”. This was a man who, despite his degraded status among a persecuted people, stood up.

If Cooper could do that then, we have no excuses now.

It’s time to practice what we preach. We need to do more to help the citizens of Aleppo.

The late Elie Weisel said: “I swore never to be silent whenever and wherever human beings endure suffering and humiliation. Neutrality helps the oppressor, never the victim. Silence encourages the tormentor, never the tormented.”

Read the full article by Sam Koslowski at The Huffington Post.