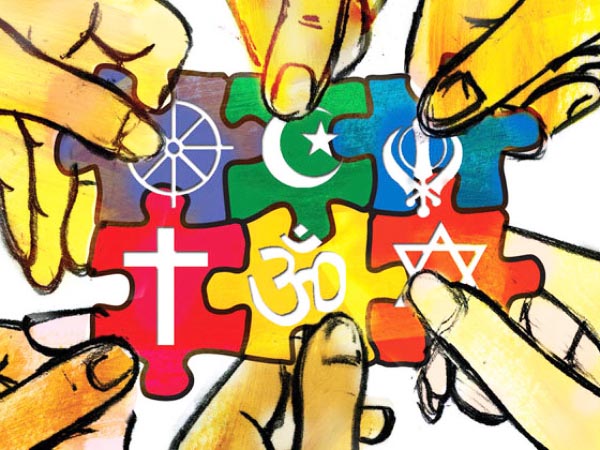 Australians respect their own religion by respecting others’

Some time ago I was asked to get involved in a dispute that had ­arisen at a public school over the prominent placement of a Christmas tree in the school foyer.

The pupils were encouraged to place beneath the tree a small gift that would be forwarded to Bear Cottage, a hospice that provides palliative care to children suffering from life-limiting illnesses. The parent of one of many non-Christian pupils at the school ­objected vehemently to the prominence accorded the tree and what she regarded as undue and inap­pro­priate celebration of Christmas, given that the school population was made up of fam­ilies of numerous ethnic and faith traditions.

I was invited to participate in a meeting with the school principal, the Department of Education and the aggrieved parent. My role was to facilitate a compromise that would ideally satisfy the policies and practices of the school while mollifying the parent and answering her concerns. The meeting was convened in the school office, with the parent setting out her objections to a Christmas tree being given pride of place in the entrance, requiring the non-Christian pupils to walk past it on arrival at school every day, which she argued was an affront to their respective faiths.

The principal countered by emphasising that the institution took pride in being a place of inclusion with a long-­established practice of celebrating a range of traditions, from the ­Indian festival of Diwali and the Chinese New Year to the Jewish festival of Passover and Christmas. All pupils were encouraged to participate in the various celebrations if they so chose, irrespective of their belief systems.

Read the full opinion piece by Vic Alhadeff in The Australian.