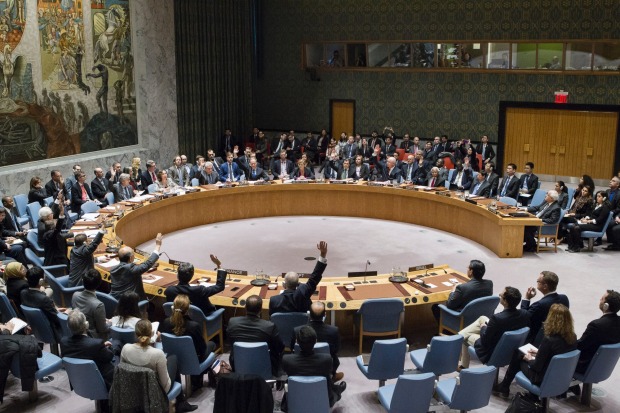 After initially condemning what most Israeli politicians considered a hostile attack at the UN, the opposition this week blamed Netanyahu for harming the country’s standing and criticised his response to Resolution 2334.

“The prime minister was bragging about our foreign relations, and now what’s underway is a total collapse of Israeli foreign policy,” Yitzhak Herzog, co-chair of Israel’s largest opposition party, said at the opening of the Zionist Union faction meeting. He called on Yair Lapid, head of the opposition party Yesh Atid, and Finance Minister Moshe Kahlon, whose Kulanu party is part of the government, to join him and “stop Netanyahu before it’s too late.”

Israel summoned representatives from Security Council members on Sunday and ordered the Foreign Ministry to reduce work ties with countries that voted for Resolution 2334, which demands that Israel cease construction in all areas it captured in the 1967 Middle East war and describes the West Bank and East Jerusalem as occupied Palestinian territory. A day earlier, Netanyahu recalled Israel’s ambassadors from New Zealand and Senegal, two of the resolution’s four co-sponsors, ended aid programs to Senegal and pledged to cut off 30 million shekels ($US7.9 million) in Israeli funding to UN institutions.

Read the full article by Michael S. Arnold at the Financial Review.