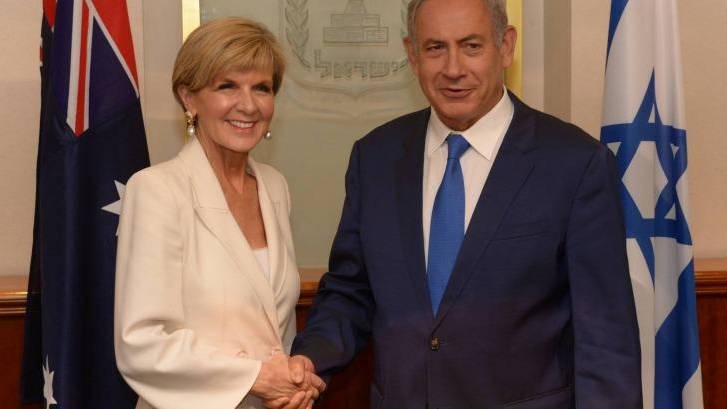 Foreign Minister Julie Bishop has quickly dismissed a pair of contentious suggestions on Middle East relations from Tony Abbott, who called for the Australian embassy in Israel to be relocated to Jerusalem and for a cut to development aid for the Palestinian Authority because of their financial support for “terrorists and their families”.

The government’s rejection of the former prime minister’s comments was swiftly joined by an impassioned rebuke from the head of the Palestinian delegation in Australia, Izzat Abdulhadi, who called them “unfounded, unhelpful” and warned of “severe” consequences for Australia in the form of sanctions and condemnation from Muslim countries.

Ms Bishop said Australia “does not have any plans to move the Australian embassy from Tel Aviv to Jerusalem” – a move that would echo the plans of United States President-elect Donald Trump, whose incoming administration sees the relocation of their embassy as a “very big priority”.

This is despite longstanding international convention and potentially destabilising consequences. While Israel considers Jerusalem to be its “eternal” and “indivisible” capital, other countries maintain embassies in Tel Aviv because the Israeli annexation of East Jerusalem in 1967 is regarded as illegitimate.