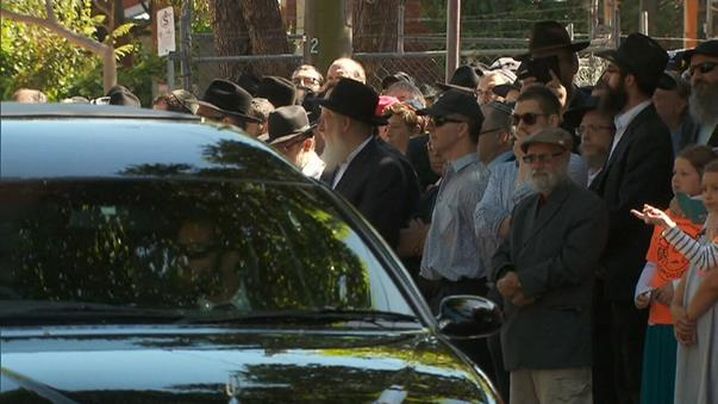 Ten-year-old Thalia Hakin, who died in Melbourne’s Bourke Street tragedy has been remembered as a “child of light” at an emotional funeral attended by her injured little sister.

Mourners at her private funeral today heard Thalia was a “little Jewish princess” and a loving sister to Maggie, aged nine.

She was among five people who have died after being hit by a car allegedly deliberately driven into the Bourke Street pedestrian mall last Friday.

“She was a child of light, pure in spirit, truly spontaneous and true,” one rabbi told mourners.

Maggie attended the funeral in a wheelchair with her leg in a cast, but Thalia’s mother Nathalie remained in hospital.

Rabbi Yehoshua Smukler said Thalia’s father Tony had been running from one hospital to another see the pair while also dealing with the loss of his daughter.

Read the full article and watch the video at 9news.com.au