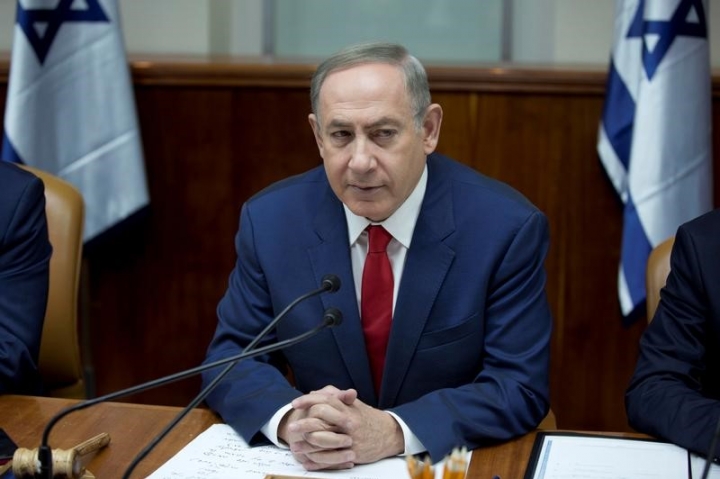 Psalm 83 and Middle East tensions, a coming reality for 2017

“We are going to be doing many things differently from now on,” promised Netanyahu after the inauguration of Trump. But in recent months the divide between Israel and the anti-Semitic nations around Israel is expanding.

Trouble is looming on the horizon.

Arab leaders have accused Netanyahu of stepping up demolitions in Arab communities, which have led to protests in West Bank this month. Tensions continue to rise as Netanyahu condemned protests saying Arab citizens in Israel have a good deal “not just in comparison to Syria, but compared to many countries in the Middle East and the world.”

However, Syrians and Palestinians largely see allegiance to the Jewish State as traitorous to their people, and condemn any ‘peace’ meetings working towards the goal of inclusion of Arabs into the Jewish state.

The support from the Trump administration to Jewish/Israeli sympathies is also angering the Arab world. Although it is only in the “beginning stages” Trump is putting in motion the pledge to move the US embassy from Tel Aviv to Jerusalem. The US Israel Ambassador, David Friedman, has already said he plans to work immediately from Jerusalem.

Morton Klein the president of the Zionist Organization of America has said “what is stopping [the move] is the fear, fear of Muslim terrorists” and that fear shouldn’t be an issue anymore.

But that’s not the only thing which has gone to rub the Palestinian state the wrong way.

Settlements are going full speed ahead after Trump’s inauguration as Mayor Meir Turgeman stated “Now we can finally build.” Almost immediately the approval of thousands of new settlements in East Jerusalem went forth, disrupting the Palestinians already living there.

These settlements were deemed in December 2016 as illegal by a UN vote but Netanyahu cried foul and claimed that the result would be even more Israeli settlements. He has been true to his word, and Palestinian Authority President has said it’s “an obvious challenge” to the UN resolution.

Read the full article by Bridget Brenton at Christian Today.