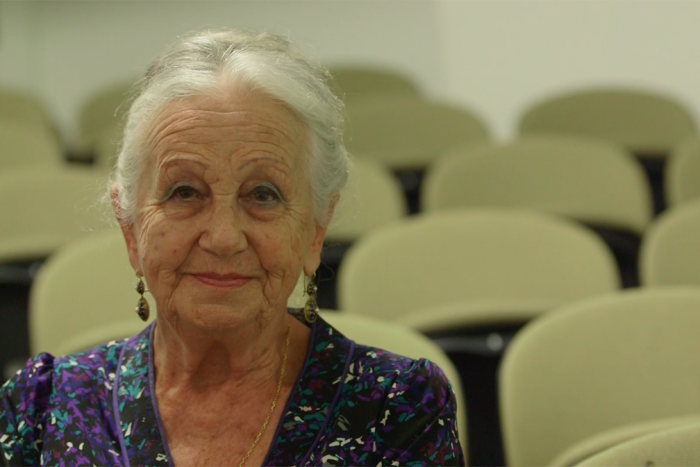 Canberra-born filmmaker Cecilia Rumore visited the Auschwitz-Birkenau concentration camp in Poland at the age of 18.

But unlike the woman who features in her short film Another Olga, Ms Rumore was able to leave when she pleased.

The 29-year-old has just won the Tropfest People’s Choice Award for her miniature documentary about Olga Horak, a 91-year-old Holocaust survivor.

A social worker by day and filmmaker by night, Ms Rumore said she felt compelled to meet Ms Horak after reading her book about how she survived the Holocaust.

“I tracked her down and found out that she volunteers at the Jewish Museum and she still does three days a week at Darlinghurst in Sydney,” she said.

“We had a coffee, and a few hours later she was so candid — a bit of a character.

Read the full article by Sophie Kesteven at the ABC.