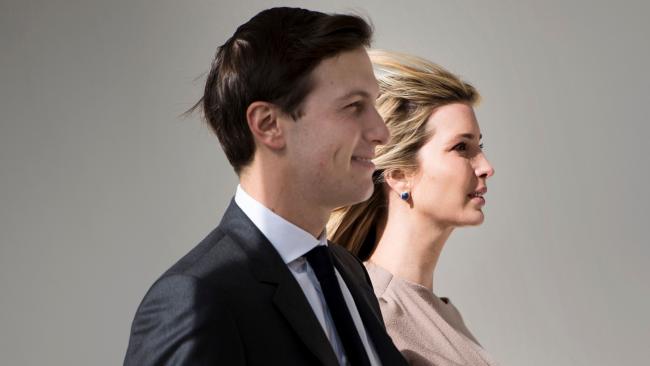 Forget peace talks — only Palestinians can solve conflict with Israel

Jared Kushner will get his first real taste of Mid-East diplomacy this week, when his father-in-law receives Israeli Prime Minister Benjamin Netanyahu at the White House. Since the 36-year-old former newspaper publisher has been widely touted as the administration’s point man on Israeli-Arab issues, this week’s column humbly offers four rules Kushner ought to observe in the months and years ahead.

(1) The Clifford Rule. After stepping down as Lyndon Johnson’s US defence secretary in 1969, the late Clark Clifford settled into the life of a Washington superlawyer — the sort of man who, for a price, could open all the right doors for his clients and fix some of their worst problems.

Approached by a man with one such problem, Clifford considered the matter, then advised: “Do nothing.”

Two days later, the man got a bill from Clifford for $US10,000. Infuriated that such seemingly simple advice would cost so whopping a sum, he marched into Clifford’s office to remonstrate.

Clifford replied: “Do nothing.” He then sent the man a bill for an additional $US10,000.

The moral of this (perhaps apocryphal) story is that “do nothing” is often the best advice — and that failing to heed it can cost you dearly.

Had John Kerry adopted the Clifford Rule, he might have been spared his fruitless year-long foray into Israeli-Palestinian peace talks, which led to the 2014 Gaza War. Had Condoleezza Rice adopted it, she might not have advocated Palestinian elections that led to victory for Hamas in 2006. Had Bill Clinton taken it, he might have been spared the diplomatic humiliation of being spurned by Yasser Arafat at Camp David in 2000.

Read the full article by Bret Stephens of the Wall Street Journal in The Australian.