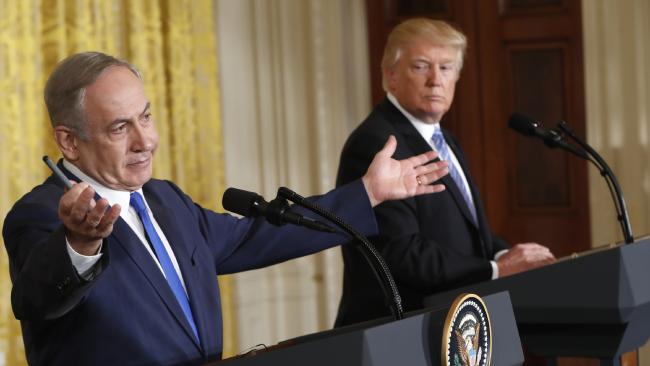 It is a bleak, miserable night in ­Bei-tar, one of the biggest Jewish settlements in the West Bank. Beitar sits just across the green line from Jerusalem. Its residents are not rich and as the winds of a harsh winter swirl around, seeming to push the fitful, sleety rain ­directly against the dark-clad ­figures making their way homeward, bus stops are crowded and people walk briskly to get out of the cold.

On the corner is a small synagogue and walking towards it is a thickset figure with ginger locks spilling out from under the broad, round, black hat, and on to the padded black frock coat of the ultra-Orthodox man. Women are in long skirts and their hair is covered. The only person I see not dressed in religious garb is a soldier in the Israeli army.

With 55,000 people, Beitar is a small city, but it’s set to grow and keep growing rapidly for a long time. About 35,000 of its people are aged under 18, part of a demographic bulge brought about by the high birthrate of the ultra-­Orthodox. Before 1988, the present Beitar didn’t exist at all.

Beitar is just next door to a Palestinian village and about 1000 Palestinians work in Beitar each day. But the Beitar residents are all ultra-Orthodox, divided within — or at least differentiated within — by their varying ethnic origins and religious practices.

Before going to Beitar I had a coffee at the nearby Gush Etzion bloc of settlements. Even bigger in population than Beitar, it is also a very short drive — less than 20 minutes without traffic — from Jerusalem. Most of the Jewish settlers in Gush Etzion, or at least the ones I’ve met on a couple of reporting trips, are what Israelis call ­“national religious”. They sometimes call themselves modern ­Orthodox. They serve in the army, engage fully in the workforce, inter­pret the religious elements of Judaism in a manner that doesn’t discomfit modern living. What strikes me at the coffee shop is how many cars outside have Palestinian numberplates. A lot of Palestinians use the Gush Etzion shopping centre.

That morning my day began at one of the least religious settlements, Maale Adumim, a princely 7km from Jerusalem. I went there to visit ­Michael, a well-known professional who works in Jerusalem. What struck me was how small his nice apartment was. Perhaps three bedrooms, with a combined living, dining and television area that we’d regard as suitable for a starter apartment in Sydney or Melbourne.

Benny Kashriel, the mayor of Maale Adumim, tells me that fewer than a third of his more than 40,000 constituents are religious at all and only 1 or 2 per cent ultra-Orthodox. At lunch at the shopping mall, I don’t see a single person in religious, or even recognisably Jewish, attire. Instead it has the air, and most of the shop brands, of any outer suburban shopping mall in any big Australian city. I can’t even find a sal­mon bagel.

Michael tells me he and his wife moved to Maale Adumim for one simple reason: apartment prices. They have four children and their apartment in Maale Adumim, modest enough as it is, was better than anything they could afford in Jerusalem.

Read the full article by Greg Sheridan at The Australian (subscription only).