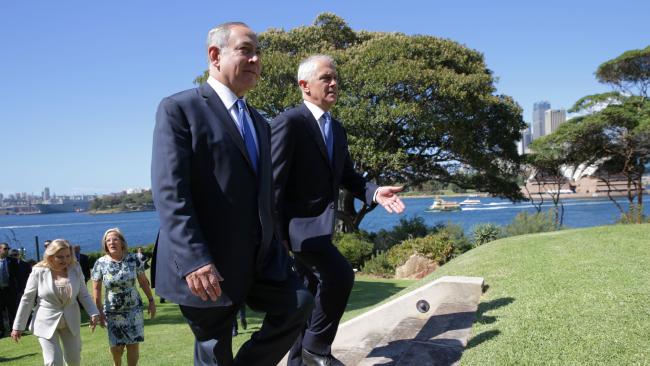 A war of words has erupted ­between Israeli Prime Minister Benjamin Netanyahu and former Labor leaders Bob Hawke and Kevin Rudd over their calls for recog­nition of a Palestinian state, prompting Bill Shorten to reassure the Jewish state that it has a “great friend” in the Australian Labor Party.

The affirmation of support from the Opposition Leader followed a public dressing-down of the two former Labor prime ministers. Mr Netanyahu called on them to explain whether they supported a Palestine that did not recognise Israel’s right to exist.

“I prefer not to deal with labels but with substance, and I ask both former prime ministers to ask a simple question: what kind of state will it be that they are advocating?” Mr Netanyahu said in response to a question during his first press conference with Malcolm Turnbull.

“A state that calls for Israel’s ­destruction? A state whose territ­ory will be used immediately for radical Islam?

“It is not conceivable that people­ should say the Palestinians should have a state and continue to call for the annihilation of the Jewish state, Israel.”

Read the article by Simon Benson and Sarah Martin in The Australian (subscription required).