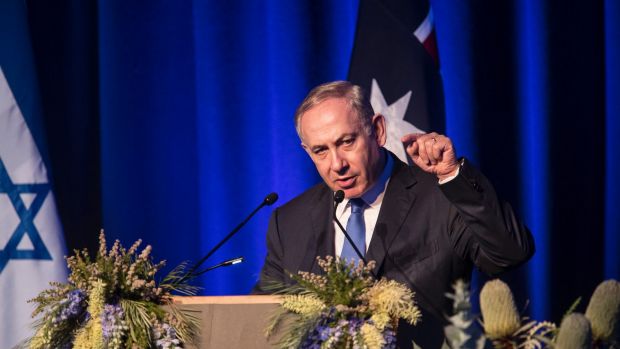 Israeli Prime Minister Benjamin Netanyahu’s visit to Australia this week is having precisely the opposite impact to what he no doubt intended.

Instead of shoring up support for Israel’s flagrant disregard for United Nations resolutions condemning its continual annexation of Palestinian land, it is driving a deep wedge into what was previously unflagging bipartisan Australian political party support for Israel.

For the last 67 years, successive Australian governments have been ardent supporters of Israel. Former Liberal party Australian Prime Minister John Howard was just as much an ‘unapologetic supporter of Israel’ as Labor’s Julia Gillard when Prime Minister.

Read the article by Andra Jackson in Eureka Street (a publication of the Australian Jesuits).