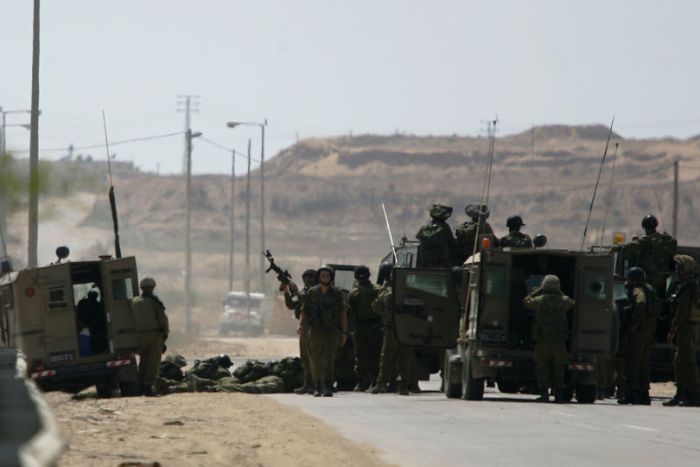 Israel troops battle with Palestinian militants near the Kissufim crossing, just outside of Gaza strip.

It was a blazing hot day in Gaza, the sort of day that would raise already simmering tension to boiling point.

The Palestinian group, Hamas, had ordered rockets fired into Israel and Israeli forces had struck back. I had been in Rafah, a town on the border of Gaza and Egypt.

The border was blockaded and I was there to do a story on the elaborate tunnels used to smuggle food and weapons. Now, I was wondering how I would get back.

Gaza is chaotic and chokingly congested. People jostle in market places thick with the smell of roasting meat and rich, dark coffee. The little coastal strip is one of the most densely populated places on earth. It had become ground zero in a conflict without end.

Read the article associated with a debate between lawyer and Australian Jewish community leader Mark Leibler and Palestinian-Australian lawyer Randa Abdel-Fattah from the ABC’s 7:30 program.