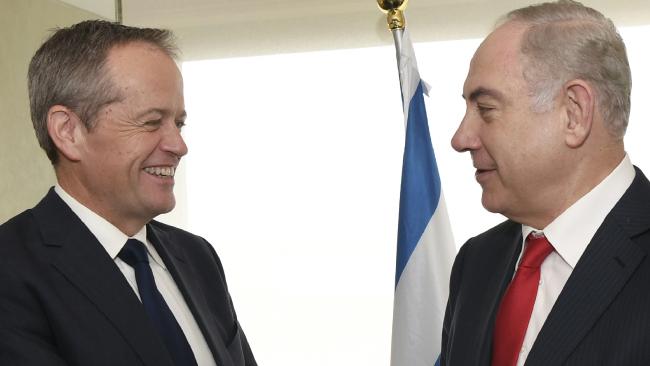 As the Opposition Leader met Israeli Prime Minister Benjamin Netanyahu in Sydney yesterday, Senator Carr said a consensus was emerging across the Labor factions for Australia to recognise a Palestinian state.

“I believe that if the current ­intransigence of the Israeli government is maintained, it is inevitable that we will join the 137 countries that have recognised Palestine,” the leading figure of the Victorian Socialist Left said.

“This is a majority view emerging across all groups of the Labor Party.”

He criticised Mr Netan­yahu for holding back progress on this front, accusing him of a “failure to progress meaningful negotiations with the Palestinians”. He also decried his “inflammatory and counterproductive” ­approach to Israeli settlements.

Read the article by Joe Kelly and Samantha Hutchinson in The Australian (subscriptiuon required).