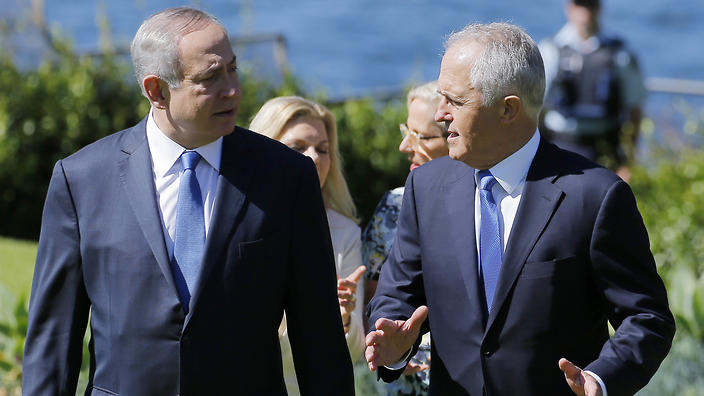 Truckling Turnbull gets a Bibi brushoff on two states

Despite pandering to Benjamin Netanyahu, Malcolm Turnbull was embarrassed yesterday by the Israeli Prime Minister’s willingness to reject the comforting motherhood of “two state solution”.

It must have cut Malcolm Turnbull to the quick: he goes to all the effort of welcoming the Prime Minister of a country engaged in a brutal occupation and guilty of massive human rights violations, goes to the trouble of isolating Australia from the international mainstream and even close allies like New Zealand and the United Kingdom to endorse the policies of his visitor — and his guest humiliates him.

Read the article from Crikey (subscription required but I wouldn’t waste my money).