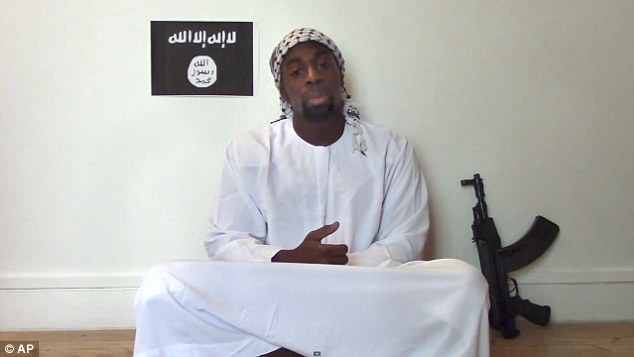 ISIS fanatics call for attacks on Jews in the West

ISIS fanatics have issued a chilling call for fellow extremists to ‘terrorise’ Jewish communities in the West.

Brainwashed supporters were advised to ‘dress up like a Jew’ and conceal weapons under their coats before ‘unleashing the pain of the Muslims’ on their victims.

The terrifying call to arms emerged on an ISIS-linked Telegram channel called Lone Mujahid – a chat room where aspiring terrorists are encourage to carry out ‘lone-wolf’-style attacks.

n a recent post, jihadists were urged to carry out attacks on Jewish communities in the West.

The chat room post said: ‘IF YOU’RE STILL IN THE WEST! Dress up like a Jew! Go to your nearest Jewish area! Make sure you have plenty of weapons under you coat!’

It then urges followers to ‘unleash the pain of the Muslims’.

A separate message includes a list of Jewish communities in Britain, according to Foreign Desk News.

The second posting comes with a picture of Amedy Coulibaly.

The Islamist gunman killed a policewoman in a Paris suburb on January 8 2015 and killed four hostages at a kosher supermarket the following day before being shot dead by police.

Read this article by James Brown at The Marshalltown.