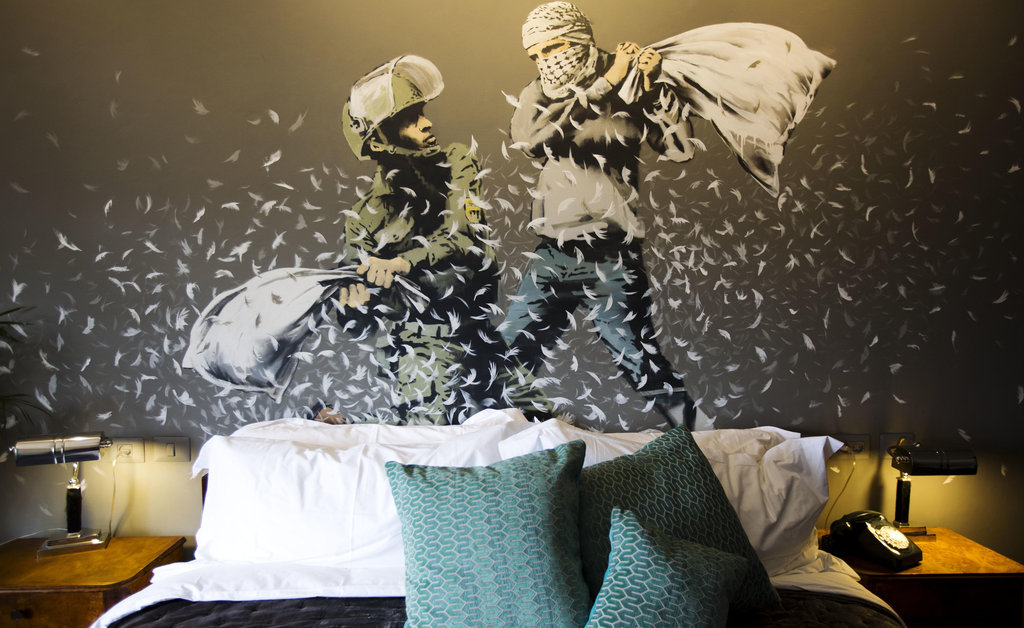 A Palestinian guest house packed with artwork of the elusive British graffiti artist Banksy unveiled itself Friday in the West Bank city of Bethlehem, with a sneak peek of what the owner sarcastically called the “hotel with the worst view in the world.”

Wisam Salsaa, 42, said the nine-room establishment named “The Walled Off Hotel“ will officially open on Mar. 11, but he offered a handful of reporters a tour of the hotel looking directly at the West Bank separation barrier erected by Israel to ward off potential Palestinian attackers.

The barrier, which Palestinians consider to be a land grab that stifles their movement, is heavily decorated by artists and Banksy has previously painted several murals on a walled segment of it.

Read the report and watch the news item from Channel 7 News.