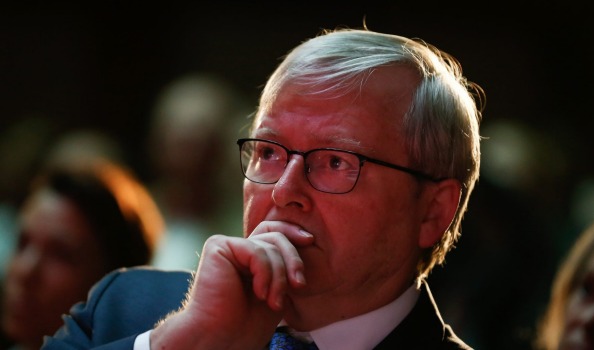 What was behind Rudd’s Israel stoush?

Some possible context for that Rudd-Netanyahu stoush last week, when the former prime minister made some very telling points at the expense of the Israeli leader — especially about Israel’s 2010 abuse of Australian passports, which left even the most zealous pro-Israeli lobbyists here aghast. Labor sources claim one of Rudd’s devoted party enemies, right-wing South Australian senator Don Farrell, invited then-Israeli ambassador Yuval Rotem to a meeting of Labor powerbrokers during Rudd’s 2012 leadership bid against Julia Gillard. Sources say the ambassador — who now heads the Israeli foreign ministry — was present while phone calls were being made to MPs about opposing Rudd, whose expulsion of an Israeli diplomat over Israel’s abuse of Australian passports had made Jerusalem very unhappy.

Read the report from Crikey (Tips and rumours).