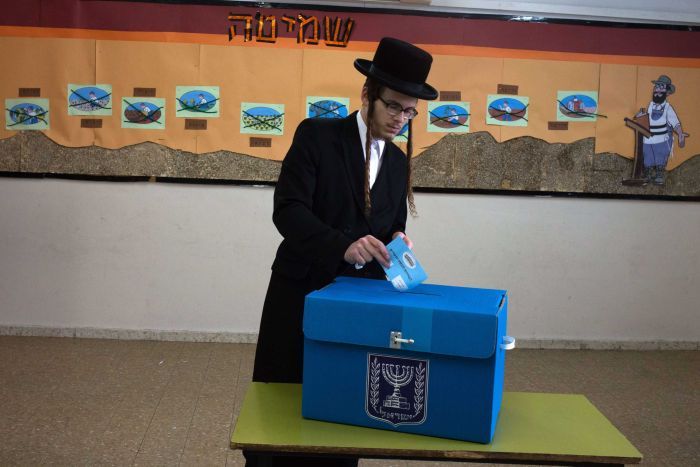 Malcolm Turnbull could not have been more effusive during Benjamin Netanyahu visit to Australia last month. He truly believes that Israel is the only true democracy in the Middle East and for this reason alone should be supported.

But can a nation established specifically as a Jewish state ever be truly democratic?

And what does democracy mean to Jewish Israelis, Arab Palestinians with Israeli citizenship and Palestinians living in the West bank and Gaza?

[Note the stacked cast for the program with just one real supporter of Israel amongst them, Haviv Rettig Gur and read the comments. If you are incensed enough then please consider adding your own comment here or on the ABC site. I guarantee you’ll find it much easier to get your comment aired on Jmedia and quickly.]