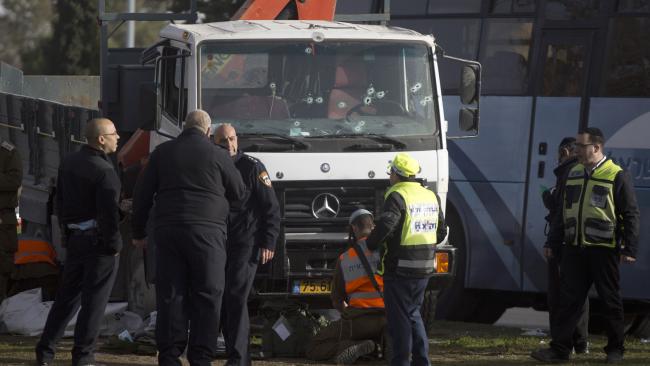 Israeli troops have shot and killed a ­Palestinian ­assailant who stabbed two ­policemen in the Old City in ­Jerusalem.

Police spokeswoman Luba Samri said the assailant attacked the two officers early yesterday. She said they engaged in a struggle and one managed to fend off the attacker and shoot him.

The attacker was identified as a 26-year-old Arab resident of east Jerusalem. The two policemen were moderately wounded.

Read the AP report in The Australian.