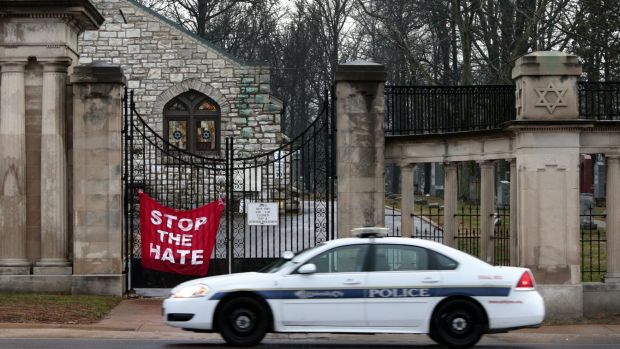 Bias crimes appeared to increase in some cities following the November 8 election of President Donald Trump, a trend that has extended into this year with a wave of bomb threats and desecrations at synagogues and Jewish cemeteries, according to California researcher Brian Levin.

The White House could not be reached immediately for comment on the research.

Levin collected data as director of the non-partisan Centre for the Study of Hate & Extremism at California State University, San Bernardino, where he is a professor of criminal justice. The new numbers, collected from police departments, reverse a trend toward fewer hate crimes in many of the cities in recent years.

Read the full article by Grant Smith and Daniel Trotta at The Sydney Morning Herald.