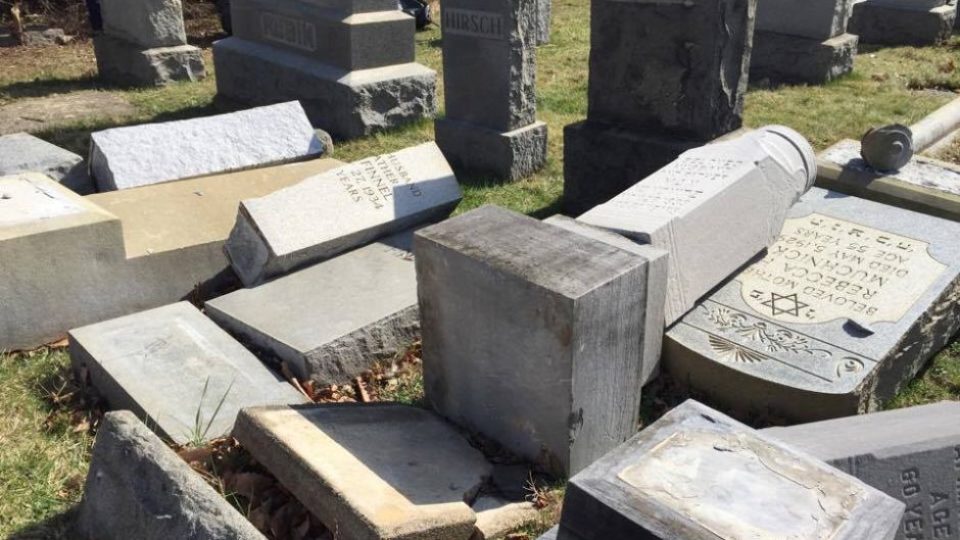 “I hope it’s not a tipping point but I will say that I’m 36 years old and I grew up in an amazing America, and I still want it to be amazing, open America for my children who are growing up here,” Philadelphia rabbi Joel Seltzer said.

“For the first time in my life I do have fear and I do have concern and that is not a great feeling in these times.”

Rabbi Seltzer is one of dozens of volunteers who have braved near-freezing temperatures to clean up more than 100 tombstones at the Mount Carmel Jewish Cemetery that were damaged in a recent night-time hate attack.

They have come from all over the east coast, disturbed by reports from independent monitors that hate crimes are rising in the US.

Rabbi Seltzer said the desecration of the dead sent a clear message to the living.

“Well it says not only do we hate you potentially for who you are, for your beliefs, but we even hate your loved ones,” he said.

“We even hate those who have died before you. Or we know that by harming them we’ll be harming you.”

Read the full article by ABC at The New Daily.