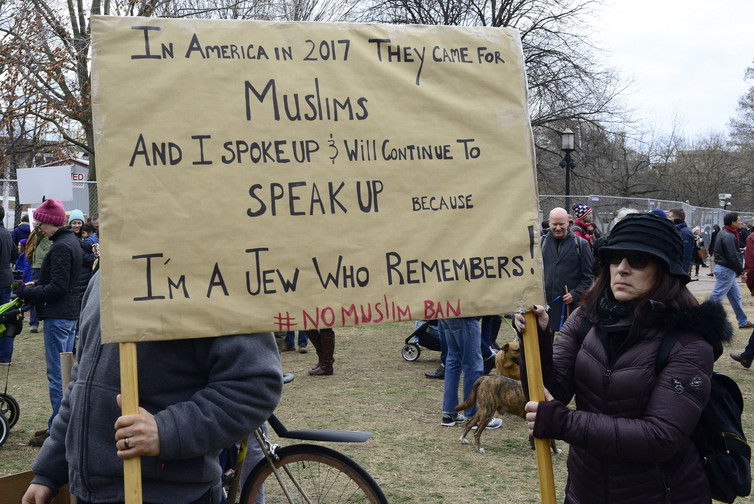 In the weeks since the election of President Donald J. Trump, sales of George Orwell’s “1984” have skyrocketed. But so have those of a lesser-known title, “The Origins of Totalitarianism,” by a German Jewish political theorist Hannah Arendt.

“The Origins of Totalitarianism” discusses the rise of the totalitarian movements of Nazism and Stalinism to power in the 20th century. Arendt explained that such movements depended on the unconditional loyalty of the masses of “slumbering majorities,” who felt dissatisfied and abandoned by a system they perceived to be “fraudulent” and corrupt. These masses sprang to the support of a leader who made them feel they had a place in the world by belonging to a movement.

I am a scholar of political theory and have written books and scholarly essays on Arendt’s work. Published more than 50 years ago, Arendt’s insights into the development of totalitarianism seem especially relevant to discussions of similar threats to American democracy today.

Who was Hannah Arendt?

Arendt was born in Hanover, Germany in 1906 into a secular Jewish household. She began studying the classics and Christian theology, before turning to philosophy. Subsequent developments made her turn her attention to her Jewish identity and political responses to it.

It began in the mid-1920s, when the nascent Nazi Party started spreading its anti-Semitic ideology at mass rallies. Following the arson attack on the Reichstag (the German Parliament), on Feb. 27, 1933, the Nazis blamed the Communists for plotting against the German government. A day later, the German president declared a state of emergency. The regime, in short order, deprived citizens of basic rights and subjected them to preventive detention. After Nazi parliamentary victories a week later, the Nazis consolidated power, passing legislation allowing Hitler to rule by decree.

Read the full article by Kathleen B. Jones at The Conversation.