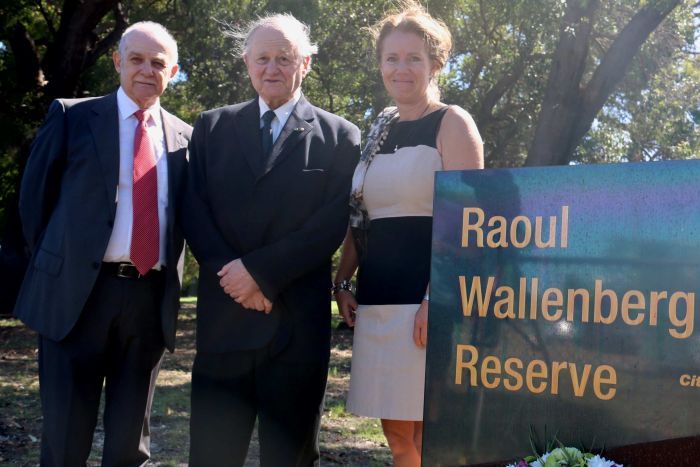 Swedish humanitarian Raoul Wallenberg, credited with saving tens of thousands of Hungarian Jews during World War II, is being remembered in an exhibit touring Australia.

Mr Wallenberg was a diplomat, sent to Budapest towards the end of the war in an effort to save as many Jews from the Holocaust as possible.

Frank Vajda, a major figure in Australian neurology, has made it his life’s work to honour the man who saved him more than 70 years ago.

In 1945, Professor Vajda was just nine years old when he and his mother were taken by soldiers in Budapest.

They were being punished for not wearing their Jewish stars, an act considered a crime and punishable by death or deportation.

“They marched us into the main military headquarters, lined us up in front of the machine gun, and then suddenly Raoul Wallenberg arrived.”

“He is the greatest humanitarian of the 20th century,” Professor Vajda said.

Read the full article by Briana Shepherd at ABC News.