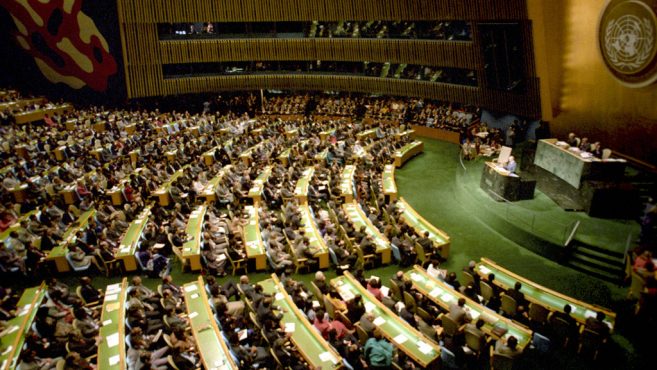 The UN, which is hugely reliant on billions of dollars from Washington to keep running, would be unwise to overlook the significance of the Trump administration’s boycott of the current session of its Human Rights Council. The boycott, as the US’s UN ambassador Nikki Haley has explained, is to protest against the UNHRC’s incessant “Israel bashing”. It follows a letter from Secretary of State Rex Tillerson in which he warned that unless the 47-member body reforms itself the US will no longer be part of it.

It also comes amid indications the Trump administration will slash 50 per cent from the $US5.4 billion it gives the UN each year. That is almost a quarter of the body’s budget. The US is also planning massive cuts to the $US8.25bn it provides to cover UN peacekeeping operations — almost 30 per cent of the peacekeeping budget. Alarmed UN officials and attendant hangers-on, who never take a step back when it comes to criticising Washington, say the cuts will cripple UN humanitarian operations.