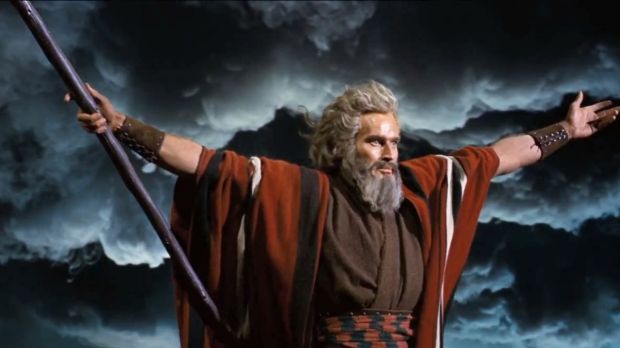 What Passover means to a twice-a-year Jew

Passover is an annual Jewish holiday that commemorates the biblical exodus of the Israelites out of Egypt. You know the story: you’ve probably seen The Ten Commandments with Charlton Heston playing Moses, yelling at Pharaoh, “I’ll give you my rifle when you pry it from my cold, dead hands!” Something like that. After Charlton joined the NRA, he kind of stuffed up the memory for me.

Anyway, the first night of Passover is next Monday and I’ll be going to my parents’ house for a big Passover meal with family and friends – think of it as a Jewish Christmas if the ham was brisket, the paper hats were skullcaps, and the cracker jokes were written by Judd Apatow.

And I quite enjoy the whole Passover experience even though I’m not religious at all: I’m what’s known as a twice-a-year Jew – just Passover and the Annual Bagel-Eating Race sponsored by Glicks.

But I really get into the ceremony: I say the prayers, sing the songs, eat the Matzo balls, which are dense particles of collapsed gravitational matter sucking in all light and energy from the cosmos, but saltier. And I read from the Haggadah, the official ceremony handbook – think of it as the Footy Record of Passover, with comprehensive stats, match scoresheets and player previews.

Read the full article by Danny Katz at The Age.