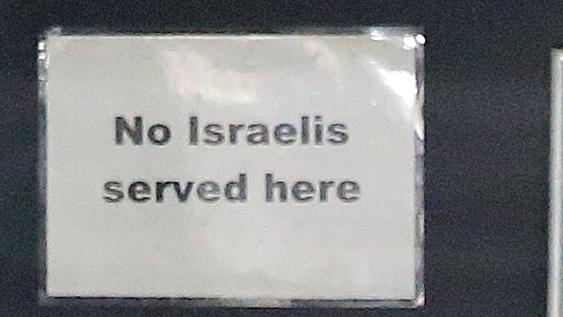 A CAIRNS businessman who has been accused of racism by having a sign stating “no Israelis served here” in his piercing studio says he has merely been making a political statement.

Mark Bryce is the owner of Cold Steel Piercing on Lake St, who has been caught up in a firestorm of controversy after a tourist visited his business last week and noticed his controversial sign.

Israeli tourist Mohr Wenger posted on social media that Mr Bryce had told her he could not serve her “out of principal” after inquiring where she was from.

Read the full article by Daniel Bateman at The Cairns Post.