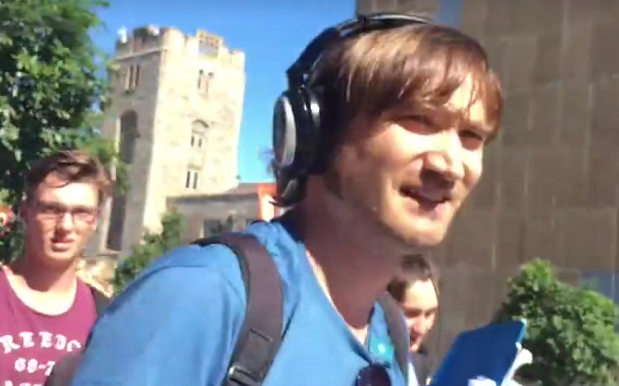 A man caught posting flagrantly bullshit Holocaust-denying material to a University of Sydney noticeboard was run off campus by activists yesterday.

Footage of the man, posted to the Fascist Free USyd Facebook page, shows him sticking up pamphlets claiming “the official version” of the Holocaust is “demonstrably false.”

The pamphlets also disputed the veracity of recent film Denial, which recounts a court battle between a well-known Holocaust denier and a historian.

Read the full article by David Adams and watch the footage at Pedestrian.