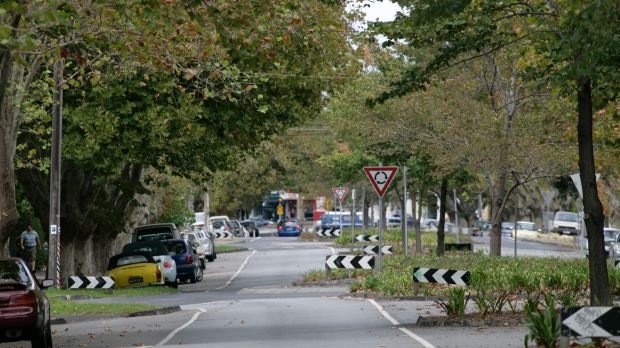 Minnie & Liraz by Lally Katz at MTC: a love letter to Melbourne’s south-east

The award-winning playwright learnt about love, heartbreak, community and hair removal after moving here from Canberra.

I moved to Elsternwick when I was 18, out of my family home in Canberra to go to university, but mainly to follow my dream of being a playwright.

No 20, St James Parade, was a bungalow-style house on the edge of Elsternwick, near the footbridge that crosses over the Nepean Highway into the Gardenvale shops. It was my first home in Melbourne and my first home as an adult. Since then, almost all my adult years have been spent in Melbourne, many of them in the south-eastern suburbs. This is a love letter to these suburbs, which I have been thinking about a lot lately because my play Minnie & Liraz, which opens at the Melbourne Theatre Company next month, is set in a retirement village in Caulfield.

In Elsternwick, I was living with three other people who had moved from Canberra. One of them was a very sweet guy with an unfortunate heroin habit. When I  moved in, he was trying to quit, and mainly just drank poppy-seed juice, which he’d soak in buckets all around the house. It made everything smell like dissolvable aspirin, but didn’t bother me that much.

I spent most of my first year in Elsternwick walking up to the Coles on Glen Huntly Road with my friend Marg. We were doing a show with Crunch Theatre at Melbourne Uni, and would skip our lectures to hold daily bake sales to raise money.  As we’d walk down the Coles aisles for brownie ingredients, I was struck by the Jewish aisle. I hadn’t seen matzah since I was a kid in the US. Despite my father’s side of the family being Jewish, my parents had never been religious and I’d forgotten about Jewish things over the years.

Read the full article by Lally Katz at The Age.