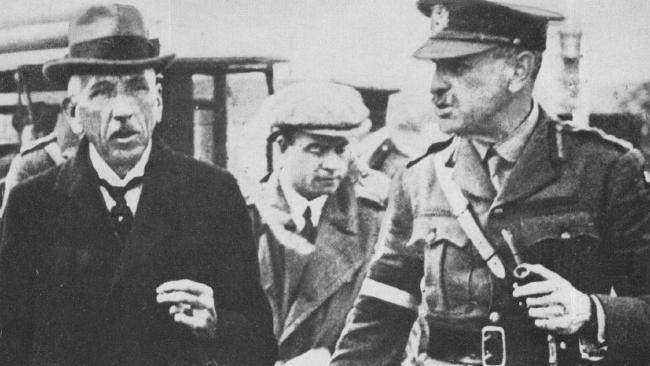 It sounds like a Yiddish joke. Who knew about 7000 Jews from Australia’s small Jewish community served in the military? Smashing some stereotypes, Mark Dapin’s Jewish Anzacs is no joke but a serious, well-researched book full of poignant stories that contribute to Australian history.

Dapin is perhaps best known for his quirky weekend magazine columns. That wry sense of humour apparently comes from his Yiddish-speaking grandfather and was inherent in the language of European Jews. Dapin’s grandfather served in the military and inspired his 2011 novel, Spirit House. Jewish Anzacs is his sixth work, fiction and nonfiction, on military subjects. His familiar wit makes this solemn book an unexpected pleasure to read.

The book opens with Dapin’s interview of the father of Gregory Sher, the last Jewish Australian soldier killed in action, in Afghanistan in 2009. This moving prologue signals a focus on the human experience of war.

Read the full review by Deborah Rechter at The Australian (subscription only).