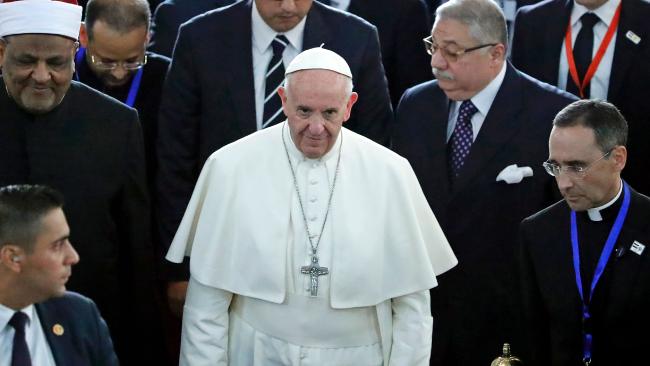 US President Don­ald Trump yesterday announced his first foreign trip as President will include stops in Saudi Arabia, Israel and the Vatican, the spiritual centres of Islam, Judaism and Catholicism.

Mr Trump will add the three stops to an already announced visit to NATO and G7 summits in Brussels and Sicily later this month.

“My first foreign trip as President will be to Saudi Arabia, then Israel, and then to a place that my cardinals love very much, Rome,” Mr Trump said.

Aides described the decision to travel to Saudi Arabia first as an ­effort to reset relations with the Muslim world.

There, Mr Trump will meet leaders from across in the Gulf and broader Middle East in the hope of curbing jihadi terror groups and Iran’s growing regional clout.

“Saudi Arabia is the custodian of the two holiest sites in Islam,” said the President, who has been ­accused of fuelling Islamophobia.

Mr Trump said in Saudi Arabia he would “begin to construct a new foundation of co-operation and support with our Muslim allies to combat extremism and to ­embrace a more just and hopeful future for young Muslims in their countries”.

Read the full article by AFP at The Australian (subscription only).