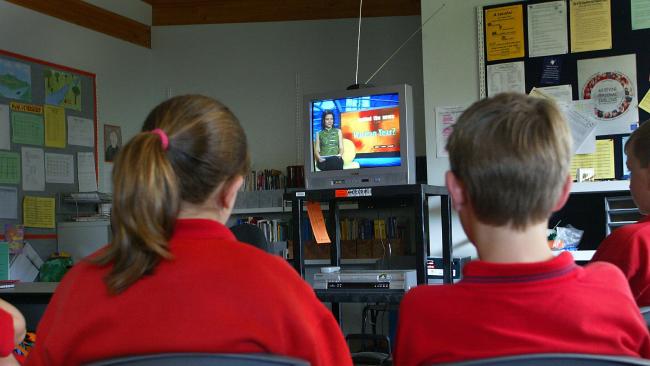 The ABC show teaching kids to sympathise with ISIS

A FORMER teacher of Punchbowl Public School who blew the whistle on early radicalisation of Muslim children, says the left-wing slant of ABC education program “Behind the News” encouraged her students’ support of Islamic State.

Behind The News or “BtN”, watched by more than a million students aged between 8 and 13 each week, is the kiddies’ version of the Green Left Weekly, with a leftist slant on everything from refugees to climate change and terrorism.

Mrs A says that in 2014, when Islamic State was rampaging through Syria and Iraq, BtN aired stories which she saw as “taking a sympathetic view” to ISIS.

“They were brainwashing the kids,” she said yesterday.

Mrs A, who does not want to use her real name, eventually banned the show because it revved up her Year 5 and 6 classes in the predominately Muslim school in southwest Sydney.

Students would cheer on ISIS and run around the classroom spouting anti-West sentiments, she said.

Read the full article by Miranda Devine in Rendezview at The Daily Telegraph.