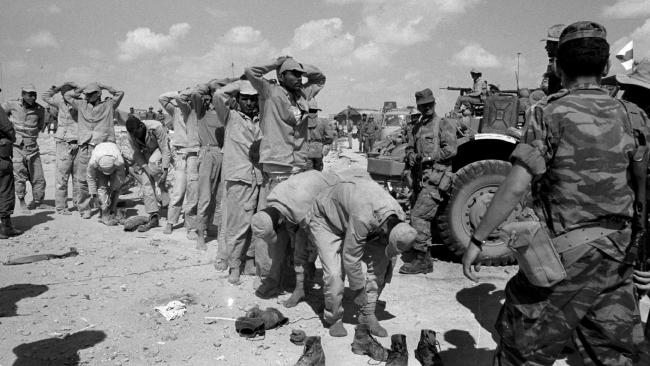 In the beginning they destroyed Egypt’s air force on the ground and knocked out the planes of Jordan, Iraq and Syria. That was Monday. Then they broke Egypt’s massive defences in Sinai. That was Tuesday. Next, they took the old city of Jerusalem and prayed. That was Wednesday. Then they reached the Suez Canal. That was Thursday. They ascended the Golan Heights. That was Friday. Then they took the peaks overlooking the plain of Damascus. In the evening the world declared a ceasefire. That was Saturday. And on the seventh day the soldiers of Israel rested.

In just six days of fighting in June 1967, Israel created a new Middle East. So swift and sudden was its victory over the encircling Arab armies that some saw the hand of God. Many had feared another Holocaust. Instead Israel became the greatest power in the region. Naomi Shemer’s anthem Jerusalem of Gold acquired new lines after the war: “We have returned to the cisterns / To the market and to the marketplace / A shofar (ram’s horn) calls out on the Temple Mount in the Old City.”

This is a year of big anniversaries in Israel: 120 years since the First Zionist Congress in Basel; 100 years since the Balfour Declaration promised the Jews a national home; and 70 years since the UN proposed to partition Palestine into a Jewish and an Arab state. But the commemoration of the half-century since the Six-Day War will be the most intense.

This special report examines the legacy of that conflict. The territories that Israel captured are the defining issue of its politics and its relations with the world; they are also at the heart of Palestinian dreams of independence. The Six-Day War was the last unalloyed military victory for Israel, and the start of a transition from existential wars against Arab states, which it always won, to enervating campaigns against non-state militias, which it could never wipe out. The threat of invasion across its borders has vanished, but the violence within them is unceasing.

Read the full article by The Economist in The Australian (subscription only).