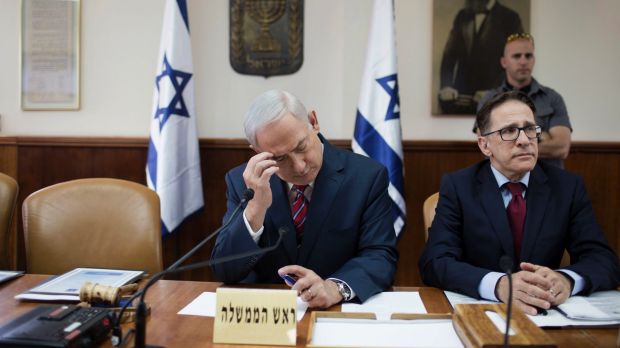 Jerusalem: Unlike the royal pomp and ceremony with which President Donald Trump was greeted in Saudi Arabia, the plans for his arrival in Israel had devolved into an unseemly political ruckus before Air Force One touched down.

An infuriated Prime Minister Benjamin Netanyahu had to order his ministers to attend the airport welcome ceremony, the Hebrew daily newspaper Haaretz reported, after he learned that most of them were planning to skip it because there was no time scheduled for Mr Trump to shake their hands on the tarmac.

Mr Netanyahu also had to wrestle much of Sunday in a closed cabinet meeting with right-wing ministers of his coalition to win approval of even modest gestures meant to encourage the Palestinian economy and ease conditions in the West Bank and elsewhere.

The confidence-building measures were aimed as much at convincing Mr Trump of the Israelis’ commitment to seek an agreement as they were intended for the Palestinians. Mr Trump has said that he wants to seal the “ultimate deal” to resolve the decades-old Israeli-Palestinian conflict, an ambitious goal that has so far eluded two generations of US presidents and numerous international mediators.

Read the full article by Isabel Kershner of The New York Times at The Age.